The use of the Vocal Profile Analysis for speaker characterization: Methodological proposals

Among phoneticians, the Vocal Profile Analysis (VPA) is one of the most widely used methods for the componential assessment of voice quality. Whether the ultimate goal of the VPA evaluation is the comparative description of languages or the characterization of an individual speaker, the VPA protocol shows great potential for different research areas of speech communication. However, its use is not without practical difficulties. Despite these, methodological studies aimed at explaining where, when and why issues arise during the perceptual assessment process are rare. In this paper we describe the methodological stages through which three analysts evaluated the voices of 99 Standard Southern British English male speakers, rated their voices using the VPA scheme, discussed inter-rater disagreements, and eventually produced an agreed version of VPA scores. These scores were then used to assess correlations between settings. We show that it is possible to reach a good degree of inter-rater agreement, provided that several calibration and training sessions are conducted. We further conclude that the perceptual assessment of voice quality using the VPA scheme is an essential tool in fields such as forensic phonetics but, foremost, that it can be adapted and modified to a range of research areas, and not necessarily limited to the evaluation of pathological voices in clinical settings. 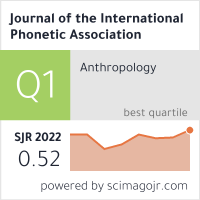